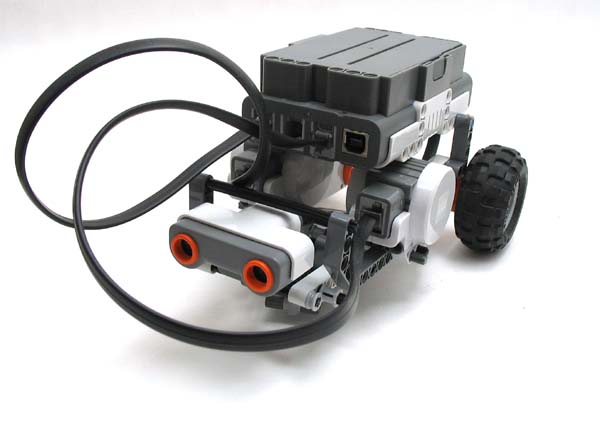 I established several design criterion through some quick concept generation, subsystem building, and two ground-up rebuilds. The robot needed to be as small (i.e. compact) as possible to fit into small spaces. The “seeing” needed to happen via its ultra-sonic range finder (USRF) (it being the best suited of all the already included sensors). Locomotion should occur by two independently driven wheels in the rear with one unpowered, omindirectional wheel in the front. The encoders in the two drive wheels allow for highly accurate measurements of both forward and turning movement. The USRF should be approximately 2 cm off the ground so as to see both obstacles that the robot can not climb and walls for mapping. All of this led me to build the robot which I’m calling “charlie”. 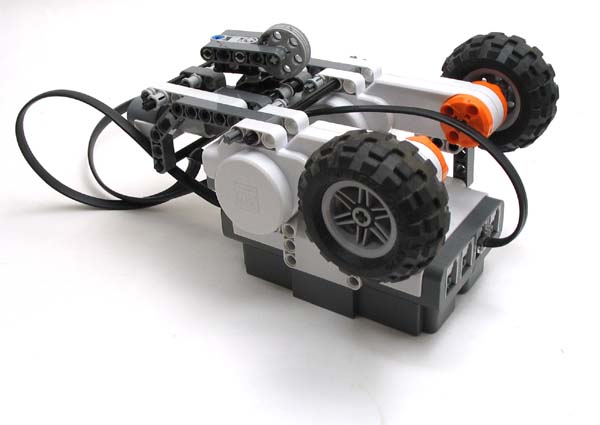 Rear view showing drive motors and wiring for the USRF.